The penalty for exceeding the PCA is found in s 49(2A):

(a) For a first offence:

A maximum fine of 25 penalty units or 3 months in gaol or both.

(b) For a second offence:

A maximum fine of 120 penalty units or 12 months gaol or both.

(c) Any other subsequent offence:

A maximum fine of 180 penalty units or 18 months gaol or both.

For an offence against s 49(1)(a), section 50(1B) of the RSA requires a mandatory disqualification from driving. For a first offence this is two years and for a second offence four years. An offence will be considered a second offence if the prior matter (i.e. conviction at court) occurred within the 10 years preceding the date the second offence was committed.

It is common for police to lay a charge under s 49(1)(f) & 49(1)(b) alongside a careless driving charge as an alternative charge to s 49(1)(a). It is often better to resolve the case on an exceed prescribed content of alcohol (PCA) charge and careless driving charge, as the mandatory minimum time off the road will usually be reduced in these circumstances.

It is important that you discuss strategy with an experienced traffic defence lawyer regarding the best way to resolve your matter. For example, a careless driving charge attracts three demerit points. It might be the case that by accepting a careless driving charge, you would breach a VicRoads bond to not commit any demerit point offences, which might see you off the road for an extra six to twelve months. In this case it might be in your interests to accept the more serious charge. This is a perfect example of why it is always important to discuss your case with an experienced traffic lawyer. 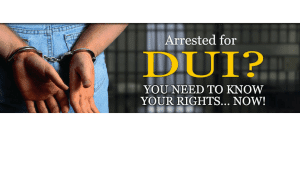 To make out the charge under s49(1)(a), police must show that you were driving or in charge of a motor vehicle and were incapable of controlling the motor vehicle due to the presence of alcohol or drugs.

If you have been charged with driving a motor vehicle under the influence of drugs or alcohol under the RSA, you should seek professional legal help as soon as possible. The sooner you speak with a traffic defence solicitor, the better your chances of a favourable outcome at court.

Consume intoxicating liquor whilst driving 49B

Drive whilst under the influence of intoxicating liquor 49(1)(a)

Refuse to comply with direction 49(1)(e)

What Our Clients Say

Thank you for your support and help of Lingbo’s case for these days and everything is going smoothly. The outcome is better than we expected because of your rich experience in...

A big thank you Dave. You made it seamless. You are a quality egg and hopefully I’ll see you again under different circumstances. All the best!

Dear David and Team I would like to “Thank You” for a job well done. The result, from the trial was truly amazing. I very much appreciated your courtesy, professionalism and...

Many thanks for the wonderful support I received from David Dribbin as he represented me in court today. It was an extremely emotional experience for me and without judgement from David...

Dear Dave, Just a follow up thanks for your professional service & presentation yesterday – very happy with the outcome and the comments from the Magistrate. Thanks again, and I’m more...